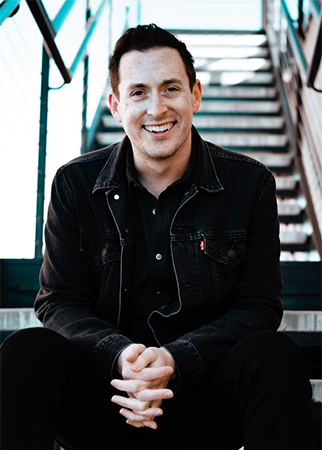 Josh Storie is a Jesus follower, a husband, a writer, and a breakfast taco enthusiast.

Josh grew up with a stutter and spent the majority of his childhood attempting to prove his stutter wouldn’t hold him back. His father worked in the music industry and after growing up in studios and green rooms, Josh decided music was his best shot at doing that.

Josh eventually attended Texas A&M University where he spent his college years touring and playing any sorority party he could. During his junior year, Josh released his first studio album, Edge of My Seat, with three singles cracking the Top 100 on the Texas Country Radio Chart.

With a little regional momentum behind him, Josh began his senior year with his sights set on moving to Nashville as a songwriter. On November 8 of that year, Josh’s father and hero died unexpectedly. That moment shaped Josh in a profound way. Struck by the fragility of life, Josh decided he wanted to do a bit more with his life than write songs people wouldn’t remember in 50 years. This led him down a road of spiritual discovery that resulted in a career as a pastor at Christ Chapel Bible Church in Fort Worth, Texas.

For nearly a decade, Josh preached weekly to college students and young adults, pointing them to Jesus. Josh now works as a speech writer for Duarte, Inc. where he has the privilege of helping people experience the joy and freedom of being able to say exactly what they want to say, how they want to say it.

Josh lives in Fort Worth, Texas with his wife, Hailee.