Posted at 19:00h in Photography, Travel by rdmosley 0 Comments
Share 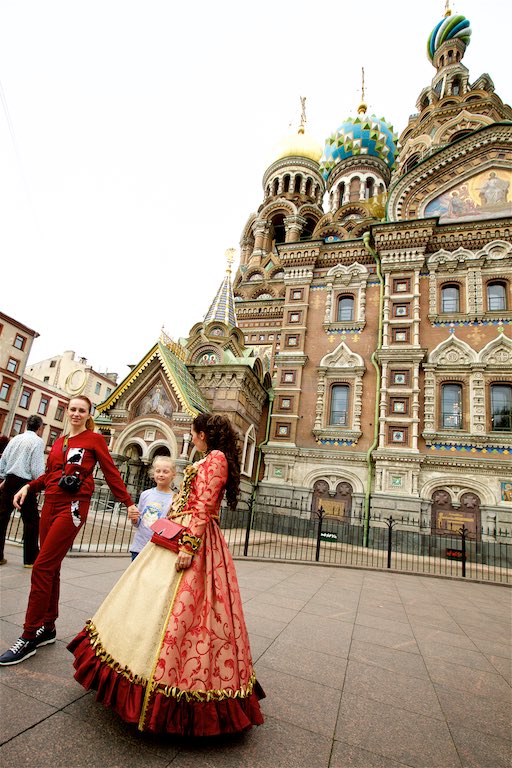 These photographs are from our time at The Church of the Savior on Spilled Blood. Words are inadequate to describe this incredible structure that is situated beside the Griboyedov Canal in Saint Petersburg Russia. I hope that my photo’s reflect the awe Carissa and I felt over the history and beauty in this place.

The church is prominently situated along the Griboedov Canal; paved roads run along both sides of the canal. On March 13, 1881 (Julian date: March 1), as Tsar Alexander’s carriage passed along the embankment, a grenade thrown by an anarchist conspirator exploded. The tsar, shaken but unhurt, got out of the carriage and started to remonstrate with the presumed culprit. A second conspirator took the chance to throw another bomb, killing himself and mortally wounding the tsar. The tsar, bleeding heavily, was taken back to the Winter Palace, where he died a few hours later.

A temporary shrine was erected on the site of the attack while plans and fundraising for a more permanent memorial were undertaken. In order to build a permanent shrine on the exact spot where the assassination took place, it was decided to narrow the canal so that the section of road on which the tsar had been driving could be included within the walls of the church. An elaborate shrine, in the form of a ciborium, was constructed at the end of the church opposite the altar, on the exact place of Alexander’s assassination. It is embellished with topaz, lazurite and other semi-precious stones, making a striking contrast with the simple cobblestones of the old road, which are exposed in the floor of the shrine.

[In August my daughter Carissa and I set off on a 26 day, 11 flight and 4 country adventure, Capturing Grace with our camera’s as we journeyed through France, Ukraine, Russia and Spain. I am now back at home in the US, posting about the experience of those  twenty six days from my journal]

Russia, Russia travel, Saint Petersburg, The Church of the Savior on Spilled Blood