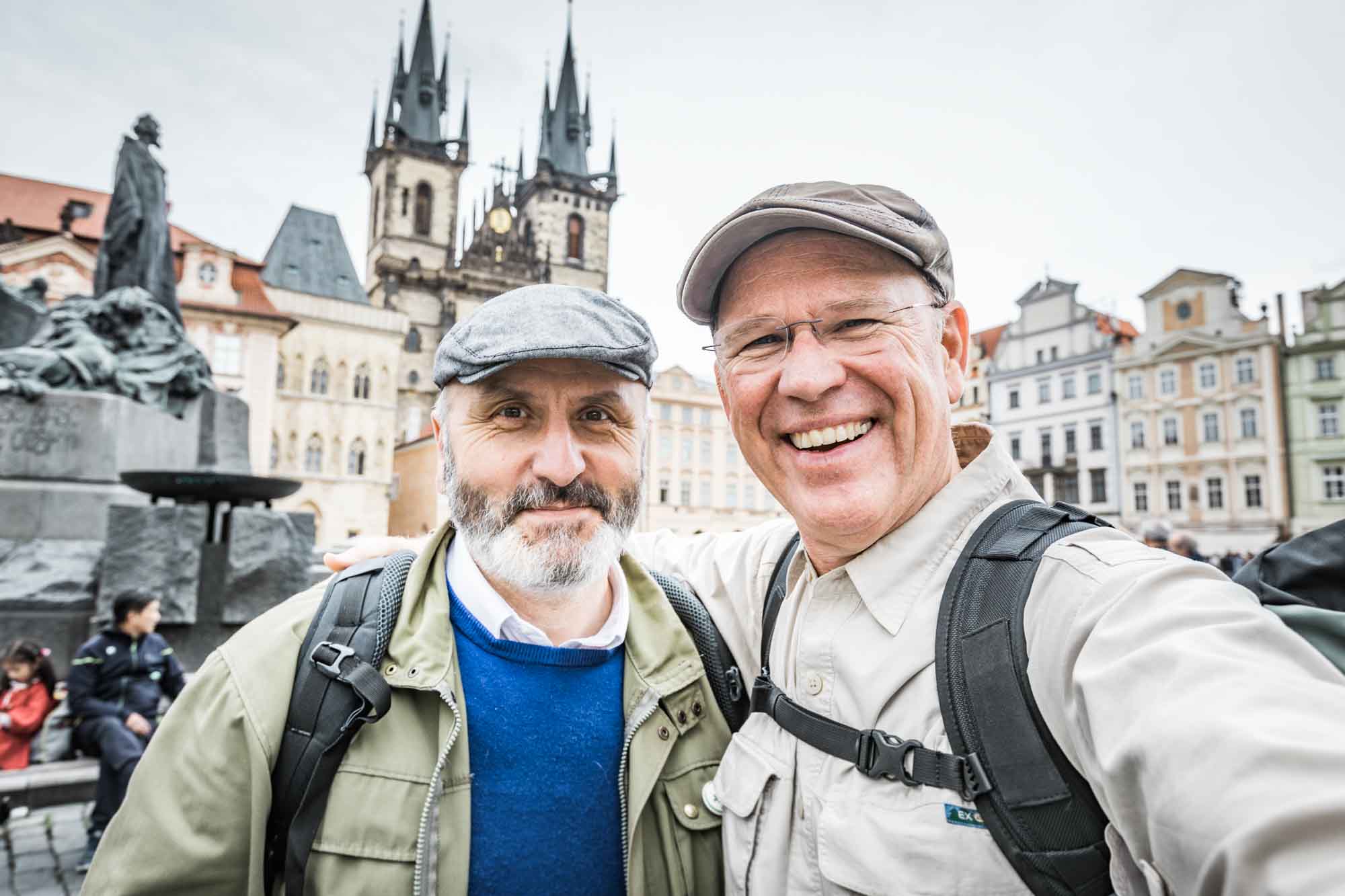 Posted at 06:00h in Photography, Travel by capturing-grace 0 Comments
Share

After returning from Prague, I have enjoyed studying the photographs I took and learning more about the places that intrigued me. Most of these photo’s focus on Prague’s Old Town and are great examples of this cities art nouveau architecture.

Prague’s heart is a layered cake of history: the oldest of its buildings have double cellars, owing to a flood-prevention program that buried the original streets 10 ft beneath those that exist today. Architecturally, it embraces every epoch, from the Romanesque to the Brutalist style of the mid-1970s Kotva department store. Historically, the burghers of the Old Town (Staré Město) were ill at ease with the castle district, and vice versa, with the town being a bastion of Protestant feistiness. The Old Town is still livelier than Malá Strana and Hradčany, with cafés, clubs, restaurants and theatres that keep it buzzing around the clock. – Excerpt From: DK Travel

Brief history of Prague (from www.guidingprague.com) The history of the city goes back to the foundation of Prague Castle by Bořivoj in 870 AD.  Prague Castle has been a symbol of Czech history for centuries.  After 894 it became the main seat of the oldest ruling dynasty of the state Bohemia, the Premyslid princes (Premyslovci).The first to leave a written record of the existence of a busy commercial center and settlement below Prague Castle was the Arab-Jewish merchant Ibrahim Jakub Ibn, who visited Prague in 965 or 966 and described it as a town “built of stone and mortar”.  During the first half of the 11th century, on the opposite bank of the Vltava, another castle was founded, called Vysehrad.  The first stone bridge (Judith’s) was built in 1172 and named after the queen Judith.Prague became a town during 13th century and the Old Town and the Little Quarter were founded by colonization.

The beginning of the 14th  century saw a series of dynastic disputes – beginning with the death of Vaclav II. from consumption and excess in 1305. The following year, the murder of his son, the heir, Vaclav III., marked the end of the Premyslid dynasty and Bohemia was left without a male heir.In 1310 Czech nobles offered the throne to John of Luxembourg but it was his son Charles IV. (1346-1378), king of Bohemia and Holy Roman Emperor, who ushered in Prague’s golden age and made it his residential capital.  King Charles IV. carried out the reconstruction of Prague in High Gothic style, adding new, expensive buildings such as the Castle, at Vysehrad and in the town.  He founded the oldest university in Central Europe in Prague (1348), Charles University, founded and built the New Town of Prague (1348) and adorned his residential town with numerous structures and public buildings like CharlesBridge (1357), magnificent St. Vitus’ cathedral, the Slavonic Abbey, the church at Karlov and many others.  With its 50 000 inhabitants and covering an area of 8.1 km2 Prague became the largest town in Europe at that time. Shortly after the Emperor’s death in 1378 difficulties cropped up.

In 1541 there was a great fire at Prague Castle, in Hradcany and the in the Little Quarter. Nor did Prague become the seat of the throne when Ferdinand, the Roman Catholic Hapsburg was elected King of Bohemia (1526) and the Kingdom of Bohemia became part of the Hapsburg monarchy and after the defeat of the first anti-Hapsburg uprising of the Bohemian Estates (1547) the Prague towns people lost a large part of their property and political privileges.  But it was a period when culture flourished thanks to the personality and court of the art-loving Emperor Rudolph II. (1576-1612) who moved his seat to Prague in 1583 and endowed Prague’s galleries with the best Mannerist art in Europe and invited the respected astrologist Tycho de Brahe and Johannes Kepler and other famous scientists to his court.  From 1575 to 1577 there was a struggle over the Bohemian Confession, from 1608 to 1611 one of the focal points was the question of a successor to Rudolph II.The defenestration at the Prague Castle in 1618, when the governors of the king were trown out of the window after a dispute, marks the date the 30 year war started in Europe with the catholics and the reformed fighting each other.  After the “Battle of the White Mountain” where the catholic Hapsburgs won, 27 of the leaders of the loosing team were decapitated on June 21, 1621 on Old Town square.  This day marks the coming of the dark ages for the Czechs, when the Hapsburgs take over until 1918.  During this time, the German language is introduced as the second, if not the more important language in the country.

Unmistakable signs of reawakening appeared in Prague towns at the outset of the 18th century.  During the reign of the Hapsburg queen MariaTeresia, education was made mandatory for all children, boys and girls.  Commercial life developed favorably and many factories started working in the city.  In 1784 Emperor Joseph II. merged the four historical Prague Towns (the Old Town, New Town, Little Quarter and Hradčany) into one unified Capital City of Prague, which became the core of industrialization of Bohemia and the center of Bohemian national revival.  In Prague in the Josephine era the most diverse influences came to bear, giving rise to favorable conditions for the advance of the Czech National Reawakening.

After WWI, in 1918, Czechoslovakia became a republic with Tomáš Garrique Masaryk becoming its first president.
At the end of 1930’s, on 15th March 1939 Hitler’s armies occupied Prague.  The anti-fascist resistance of the people of Prague lasted more than six years, and, after the closure of the Czech universities on 17 November 1939 (International Student’s Day) and the assassination of the “Reichsprotektor” R. Heydrich (27 May 1942), reached its culmination in the Prague Uprising (5-9 May 1945).

After 1945 Prague’s role, size, structure and social importance were decided even more emphatically by national aspects imposed on it, without taking much account of the city’s own development needs.  With the Cold War in full swing the Stalinization of Czechoslovakian society was quick to follow.

In the year 1968 movement demanding “socialism with a human face” reached its climax. This events of the, so-called “PragueSpring“, lead to the invasion of Czechoslovakia. On 21st August 1968 five countries of the Warsaw Pact occupied Prague.1989 brought democracy to the country with Václav Havel becoming the president.On January 1st 1993, after the split of Czechoslovakia, Prague became the capital of the Czech Republic.During 2003 the people of the country voted to become a member of the European Union.  This has taken effect on May 1, 2004.