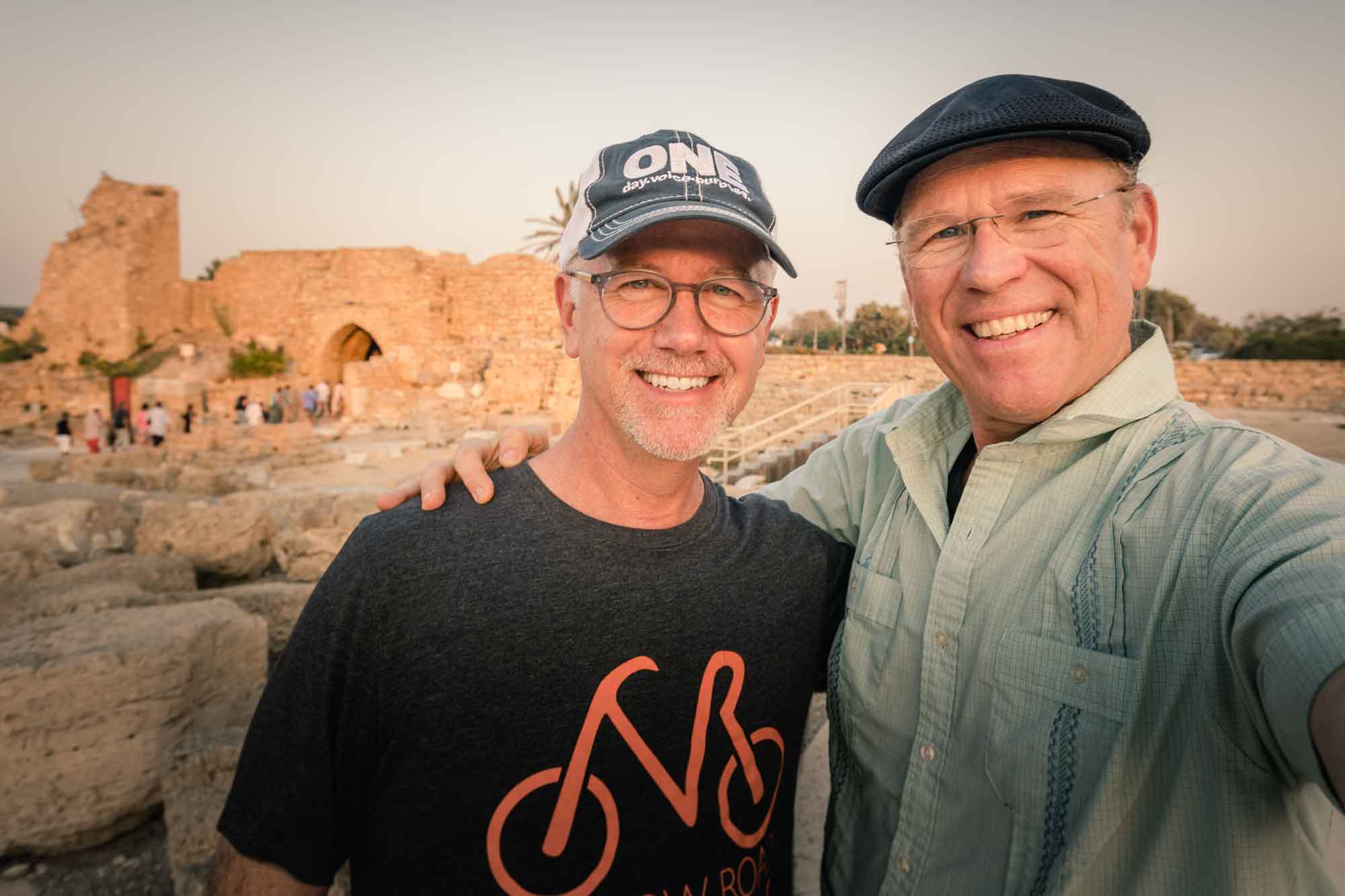 CAPTURING GRACE AROUND THE WORLD ON A 34 DAY, 8 COUNTRY, 3 CONTINENT TRIP, PHOTOGRAPHING FOR ORGANIZATIONS IN THAILAND, SRI LANKA, ISRAEL AND JORDAN.

Upon checking into the Dan Caesarea Hotel, Gary Schneider and I were amazed over the blessing of being gifted with the most beautiful hotel room in Caesarea after reserving and paying for an economy room to share.

During our stay I had chatted (surprise ☺️) with hotel staff, handing out my cards and sharing my stories from around the world. Before departure, I was moved to tears by one of the hotel staff members who pulled me aside. She had read the “My Story” on my website and was visibly moved. With great thoughtfulness she showed me a passage from my testimony that she had written down on a piece of paper –
“Focusing on change instead of pain allows me to ask myself daily “how have I changed” rather than “how do I feel”.

She said that the words she read was exactly what she needed to hear…
For me, this is the answer to my prayer every morning, “father, help me to bless someone”

INFORMATION ABOUT CAESAREA
King Herod was a magnificent builder and the Roman seaport of Caesarea stands to this day in testament to his ability to take the small town of Straton’s Tower and turn it into the headquarters of Northern Palestine.
This is where Peter baptized the Roman centurion Cornelius, the first gentile convert to Christianity (Acts 10). It was from this port that Paul set sail to preach in communities all over the Mediterranean, and where he was later imprisoned for two years and made his powerful speech before Felix, Festus, and King Agrippa (Acts 12-25:6).

This Mediterranean gem has much adventure to offer. You can start at the monumental seacoast theater and imagine the finest Roman drama unfold before you. The theater was so well engineered that it still remains a mystery how it was done without modern technology; you can speak in a normal tone from the center of the theater and thousands sitting in the theater can hear you clearly.

At the sea palace of Pontius Pilate there is a stone-encrypted commemoration of the Roman ruler who the New Testament mentions as sentencing Jesus to crucifixion. Along the beautiful beach is a large hippodrome where you can learn about Roman horse races from the impressive frescos along the walls. This hippodrome was also an amphitheatre where history records that both Christians and Jews were fed to the lions. A Roman administrative center, bathhouse, and even public toilet facility are clearly distinguishable among the remains. A great crusader moat and fortress built by King Baldwin I, stand out impressively.

One of the most impressive aspects of Caesarea, which can be partly seen today, is the port built by King Herod, which he called “Sebastos”. The Sebastos port was the largest seaport on the eastern Mediterranean and was built with volcanic ash called pozzolana, which kept the breakwater from floating. Aqueducts can be seen along Caesarea’s shore that led water from nearby Tananim stream and Shuni spring to the city. Caesarea is also a site containing much ante-Nicean Christian history. The remains of a martyrium church built over an earlier Roman pagan temple can be seen in Caesarea’s main promenade. Christianity’s largest library once stood in Caesarea, where church fathers, like Jerome, used to conduct their theological works.

FROM THE SCRIPTURES
Acts 10:
“At Caesarea there was a man named Cornelius, a centurion of what was known as the Italian Cohort, 2 a devout man who feared God with all his household, gave alms liberally to the people, and prayed constantly to God. 3 About the ninth hour of the day he saw clearly in a vision an angel of God coming in and saying to him, ‘Cornelius.’ 4 And he stared at him in terror, and said, ‘What is it, Lord?’ And he said to him, ‘Your prayers and your alms have ascended as a memorial before God. 5 And now send men to Joppa, and bring one Simon who is called Peter; 6 he is lodging with Simon, a tanner, whose house is by the seaside.’ 7 When the angel who spoke to him had departed, he called two of his servants and a devout soldier from among those that waited on him, 8 and having related everything to them, he sent them to Joppa.”

Acts 25:6-12 When he had stayed among them not more than eight or ten days, he went down to Caesarea; and the next day he took his seat on the tribunal and ordered Paul to be brought. And when he had come, the Jews who had gone down from Jerusalem stood about him, bringing against him many serious charges which they could not prove. Paul said in his defense, ‘Neither against the law of the Jews, nor against the temple, nor against Caesar have I offended at all.’ But Festus, wishing to do the Jews a favor, said to Paul, ‘Do you wish to go up to Jerusalem, and there be tried on these charges before me?’ But Paul said, ‘I am standing before Caesar’s tribunal, where I ought to be tried; to the Jews I have done no wrong, as you know very well. If then I am a wrongdoer, and have committed anything for which I deserve to die, I do not seek to escape death; but if there is nothing in their charges against me, no one can give me up to them. I appeal to Caesar.’ Then Festus, when he had conferred with his council, answered, ‘You have appealed to Caesar; to Caesar you shall go.’”