12 Jan Trust, Faith and Change on Panglao Island in the Philippines

A few weeks before I was to accompany Dan Johanson and the Badjao Bridge team to the Philippines last month, I received an email from Dan containing a heartbreaking story. Little Pina, a five year old Badjao girl, had slipped and fallen into the water during the night after leaving her father’s side where she slept. Little Pina always slept with her head on her father Abel’s chest. Abel felt responsible for her death as he failed to wake up when she lifted her head.

Dan informed me that Abel and his wife Paysa (mother of Pina) were in shock over the loss of Pina and needed someone to talk to who could better relate to the loss of a child. I wept as I read the email and saw the photo of little Pina. Not only did she have a beautiful smile but she was such a promising student in the Badjoa Bridge school. So much loss, so painful to think about, having for my own frame of reference our families indescribable loss only a year ago. 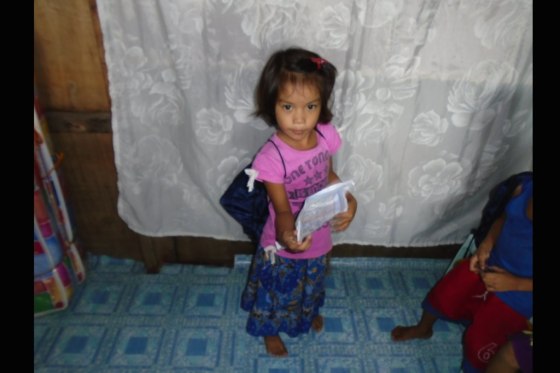 To digress a moment, it was only a few months after my own family’s earthly loss of Christina on August 18th, 2013 that I made contact with Dan about getting involved in humanitarian photography. Months later, Dan and I met in San Francisco, close to where he lived and I shared with him why I was pursuing this ministry, why I wanted to accompany him to the Philippines and learn all I could from him. Dan is an exceptional wedding photographer in the Bay Area, and I found him through the humanitarian photography work he did in Africa for Compassion International.Dan’s kind and compassionate demeanor invited me to tell my family’s story of loss and grief. I shared with Dan that after being blinded for months from the pain of my family’s loss, I was unable to do much of anything other than try to breathe. Eventually God gave me three things, principles if you will, that started changing my course. I have since abbreviated them to Trust, Faith and Change and I shared them with Dan.Trust: trusting God in something that I had no ability to comprehend with my human mind allowed me to choose a life of gratitude rather than a life of bitterness. I came to realize that I would never reach a point of understanding why Christina’s time on earth was cut short, but to focus instead on the fact that God has given me time, and to use that time to honor him. Trusting God with something that I will never understand allowed me to weep with gratefulness that Carol and I were ever blessed with Christina. It allowed me to once again, in baby steps, start seeing life as a miracle, something not only worth living but worth celebrating  as was so often mine and Christina’s tradition. The lasting tragedy would have been to succumb to a life of bitterness; that would have meant truly loosing Christina and allowing the relationship to end. By choosing the path of gratefulness, the relationship with Christina continues and her story lives on.Trust in the Lord with all your heart and lean not on your own understanding; Proverbs 3:5

Faith: faith allowed me to realize that you can’t leave someone behind that has gone on ahead. Faith that Christina is now in heaven, faith that she is happier than she has ever been in her life allowed me to overcome the overwhelming emotion that by living, I was leaving her behind. As her father, the one who was charged with her protection from the time she was placed into my arms after her birth, it was impossible not to feel a sense of personal failure at not being able to save her life. That emotion is crippling; it creates anxiety that affects breathing and causes movement to become stilted and forced. There were days I could not make it from the house to the car. With faith that Christina is a part of the future, not just a memory from the past, I was  able to see Christina as a victor not a victim. It gave me an increased sense of purpose in life to realize that life here on earth is brief, that time is precious, and that all that matters is what we do to help and encourage others. Embracing faith allows me to be proactive and move forward, WITH Christina.

Do not let your hearts be troubled. Trust in God; trust also in me. In my Father’s house are many rooms; if it were not so, I would have told you. I am going there to prepare a place for you. And if I go and prepare a place for you, I will come back and take you to be with me that you also may be where I am. John 14:1-3

Change: I have learned daily to reflect on change rather than how I feel. To ask how have I allowed this pain to draw me closer to Christ and be more of the person he wants me to be. Feelings and emotions will take one through a roller coaster of pain. To focus instead on change, I feel her presence as I engage in endeavors of purpose that we were both passionate about.

I can do all things through Christ who strengthens me. Philippians 4:13 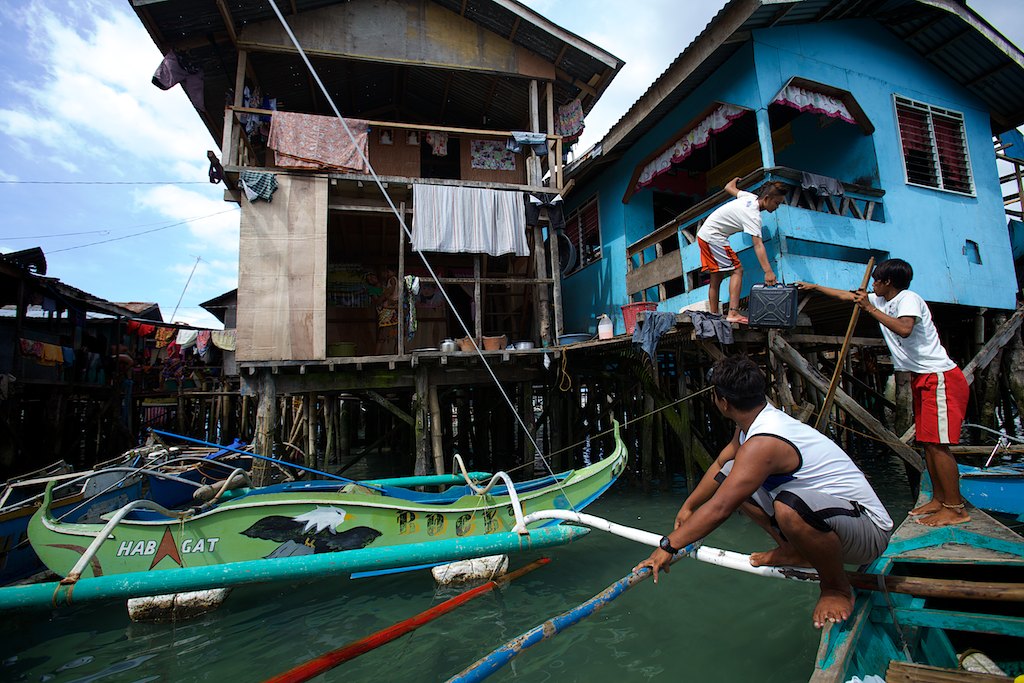 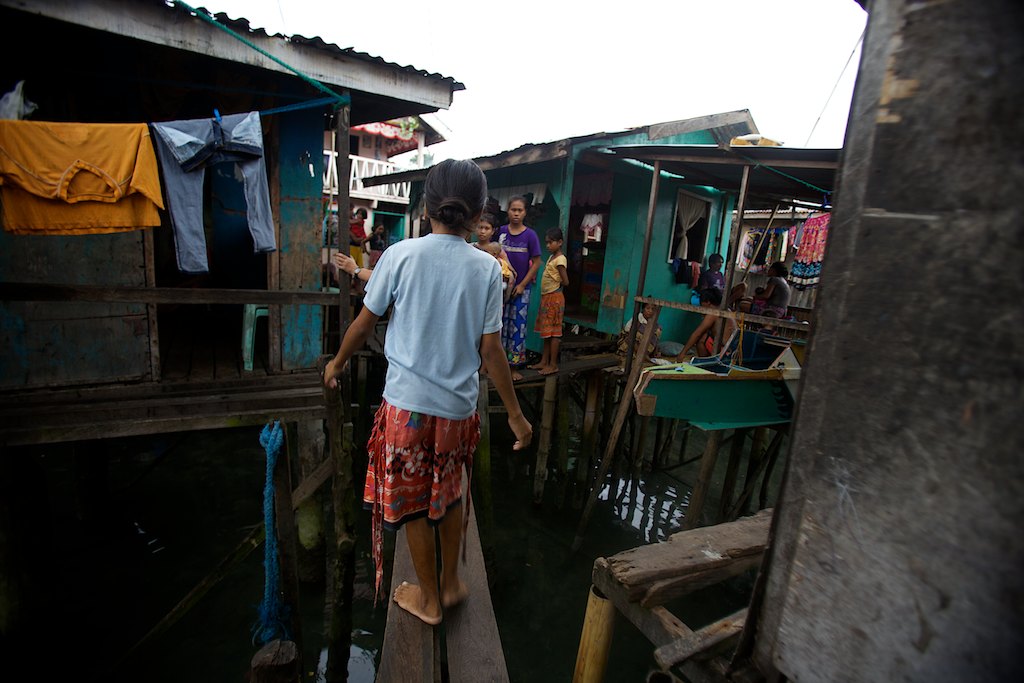 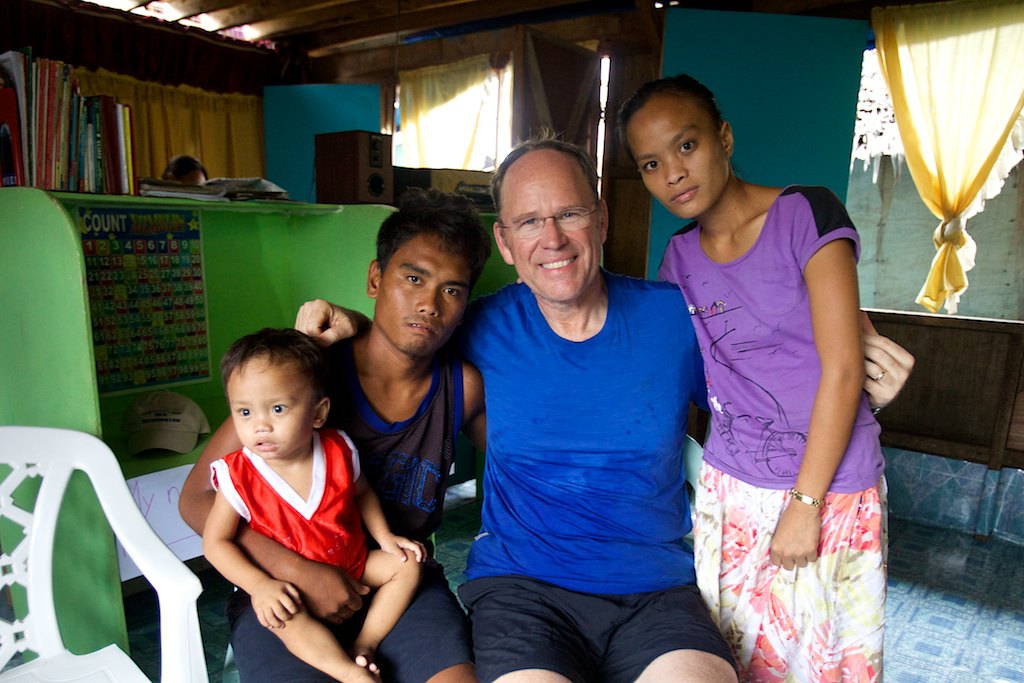 My life has been blessed by getting to know these kind and compassionate people in the Philippines. The Badjao Tribe number around 1500 on Panglao Island where the Badjao Bridge ministry has it’s base. I have been blessed to participate in their ministry through child sponsorship and I invite you to read more about how you can walk beside our brothers and sisters on Panglao Island and be the hands and feet of Jesus to the least of these.

The lifestyle of the Bajao leaves them very exposed to the elements, their lives are threatened by the typhoons that frequent the islands. Badjao Bridge has initiated The Lighthouse Project that will provide a safe haven. Please pray for God to direct you in participating in it’s development.