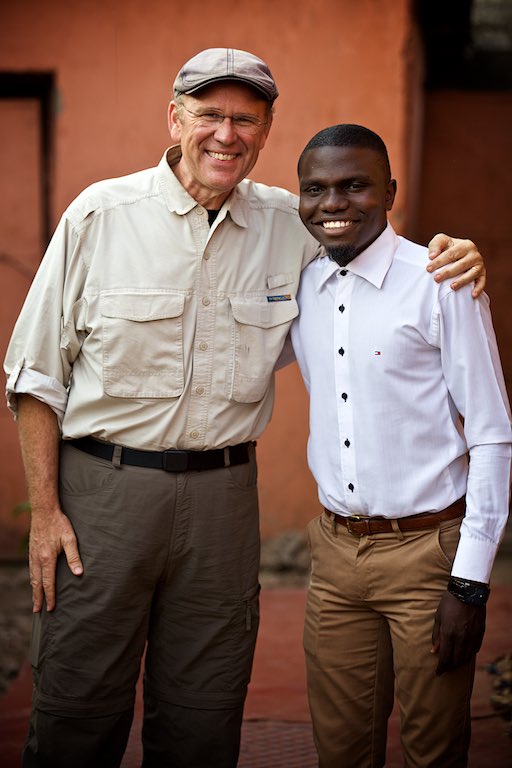 17 Aug Lubasi, A Modern Day Joseph – With Every Orphans Hope in Lusaka, Zambia

Lubasi’s life has been characterized by betrayal and loss. The people whose responsibility it was to stand for Lubasi and his little sister did little to help. Lubasi lost the people in his life who he loved the most time and again.

Lubasi had every right to feel bitter and angry over the injustice in his life, to feel victimized and seek revenge. But his faith in God led him down a far different path. As I walked around Camp Hope with Lubasi, watching him share his faith, I found it hard to believe that this well educated, 24 year old law student was the same person who attended Camp Hope 11 years prior: an abused, neglected little boy. As we spent time together at Camp Hope, the story of his life unfolded. At the age of seven, Lubasi had never known his father and his mother had just died from Malaria. Heartbroken over the loss, he was now forced to face life without either parent. The man that had been the closest to a father to him was his sister Thoko’s dad who was now in such grief over the loss of his wife that he could no longer cope mentally, unable to care for Lubasi and three-year-old Thoko.

Lubasi’s aunt and her husband took them in but his new dad was abusive, making life very difficult in this new place they were forced to live.

Lubasi’s mother had been a hard worker and had saved money that was left in a trust for her two children, with their grandfather the court appointed administrator. Instead of the money going towards Lubasi and Thoko’s care, their grandfather squandered most of it and what was left was used up by their new dad.

In 2004, thirteen-year-old Lubasi attended Camp Hope, the very first camp that Every Orphan’s Hope conducted. It was there that the love of God was demonstrated through people who were the hands and feet of Jesus in Lubasi’s life. The conditions that Lubasi were living under were discovered and Every Orphan’s Hope took Lubasi in as their first orphan to stay at My Father’s House under the loving care of Mama Josephine. Here Lubasi and his sister excelled. Thoko is attending college and Lubasi is currently in his fifth year of law school, commuting daily by bus to college and returning to his My Father’s House family each night.

I asked Lubasi how he kept from being bitter and inquired about the joy that is so evident in his life. Here is the answer that he gave:”Gods presence in my life has allowed me to see that everything that has happened was for a purpose. Realizing this has allowed me to forgive those who meant me harm. I cannot change anything that has happened in the past so I ask myself, ‘What do I do now”

Lubasi says that when he graduates from law school next year, he will spend much of his time working for legal aid as an advocate for children like himself who had no one to stand up for them.
Lubasi went on to say , “I pinch myself to see if I am awake, my life is like a dream. It’s not just my life, but the lives of generations ahead that will be affected by my life, that is Gods will for me” 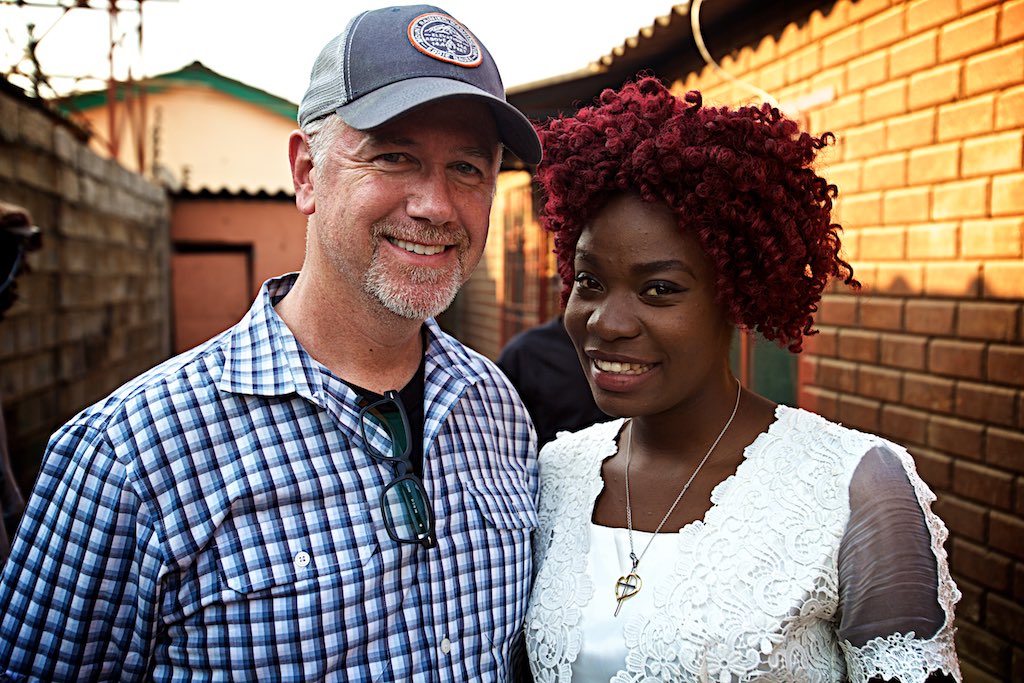 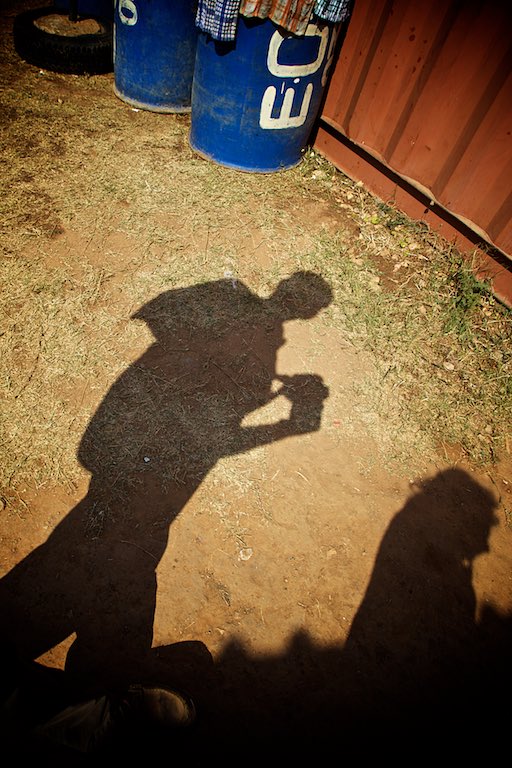 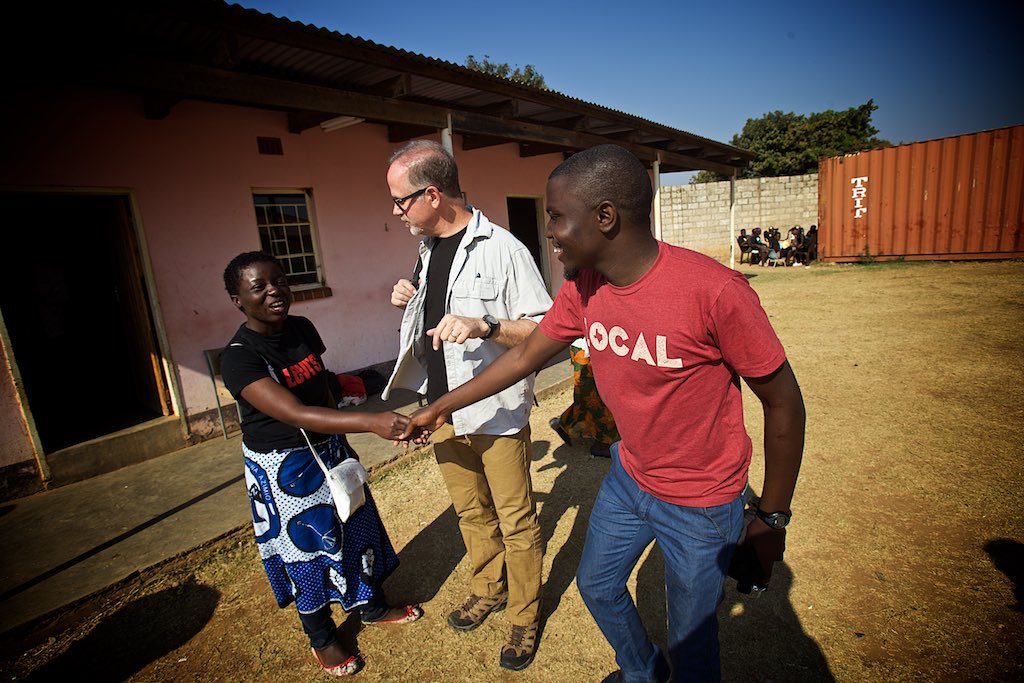 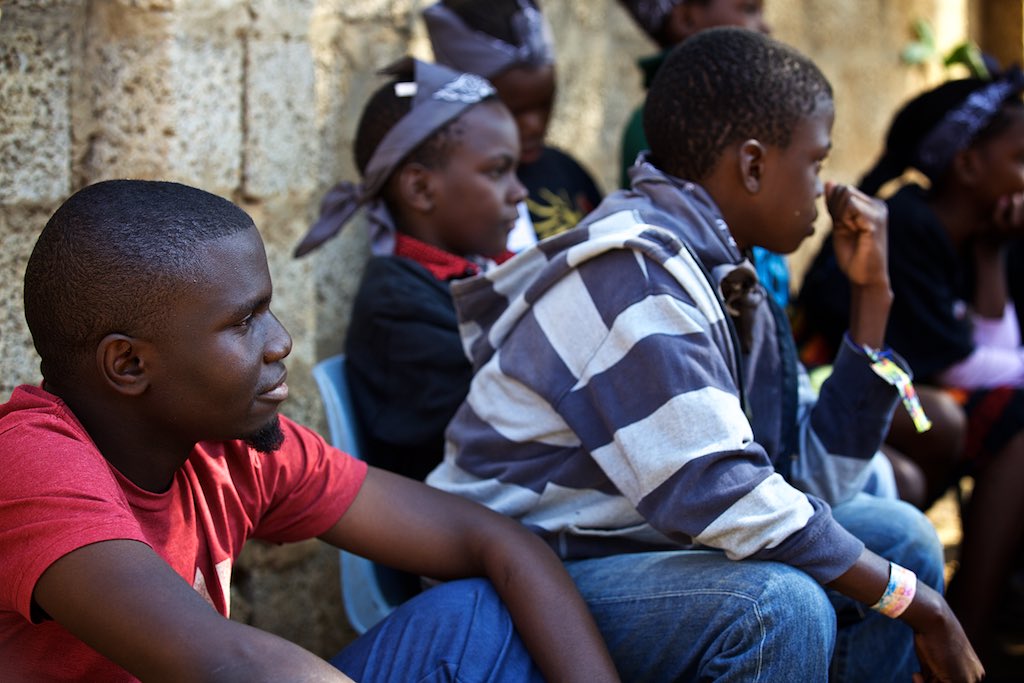 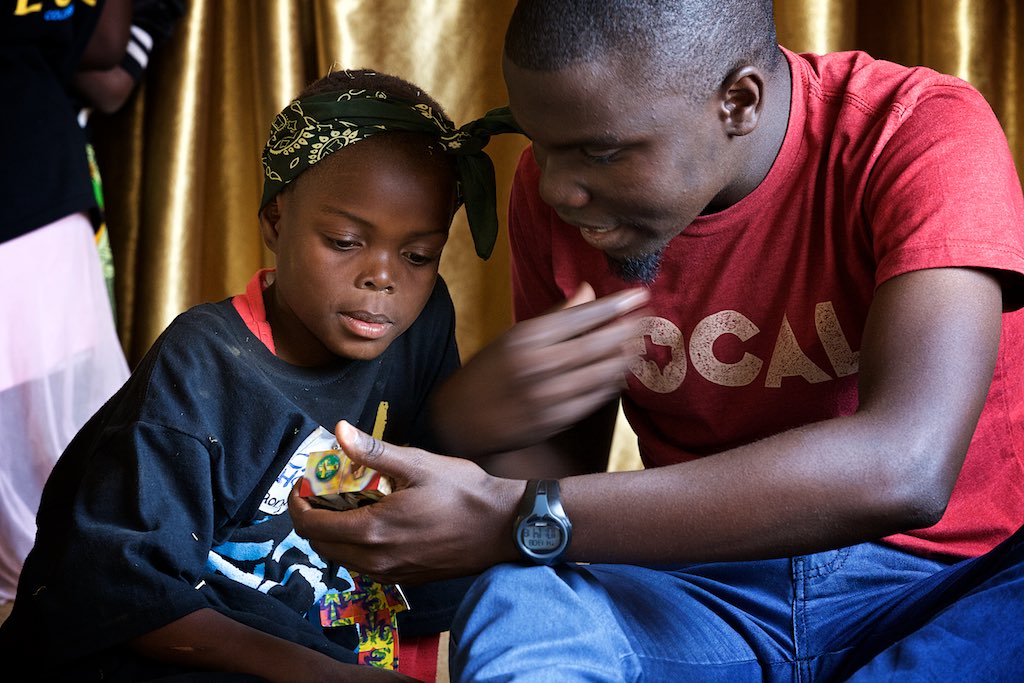 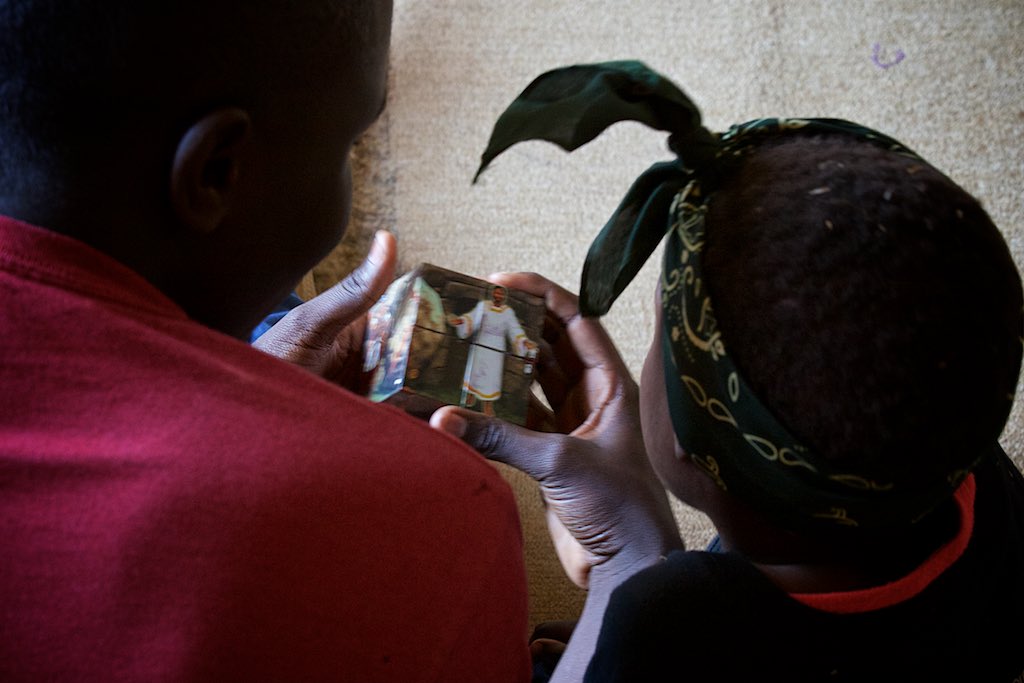 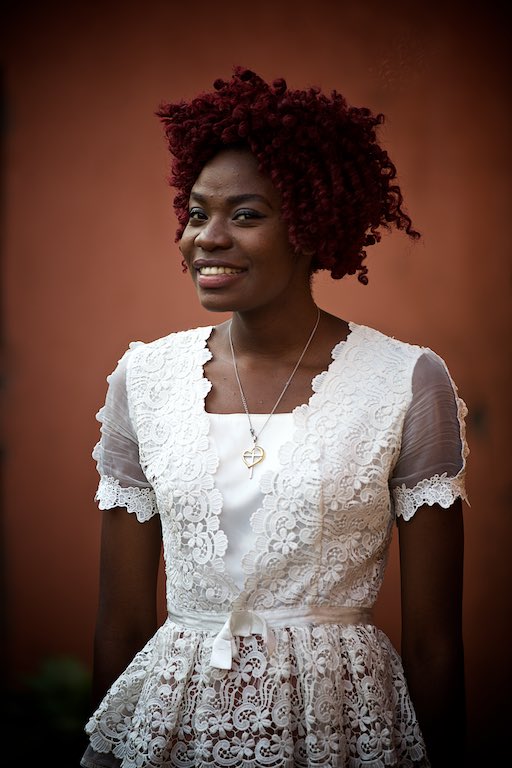 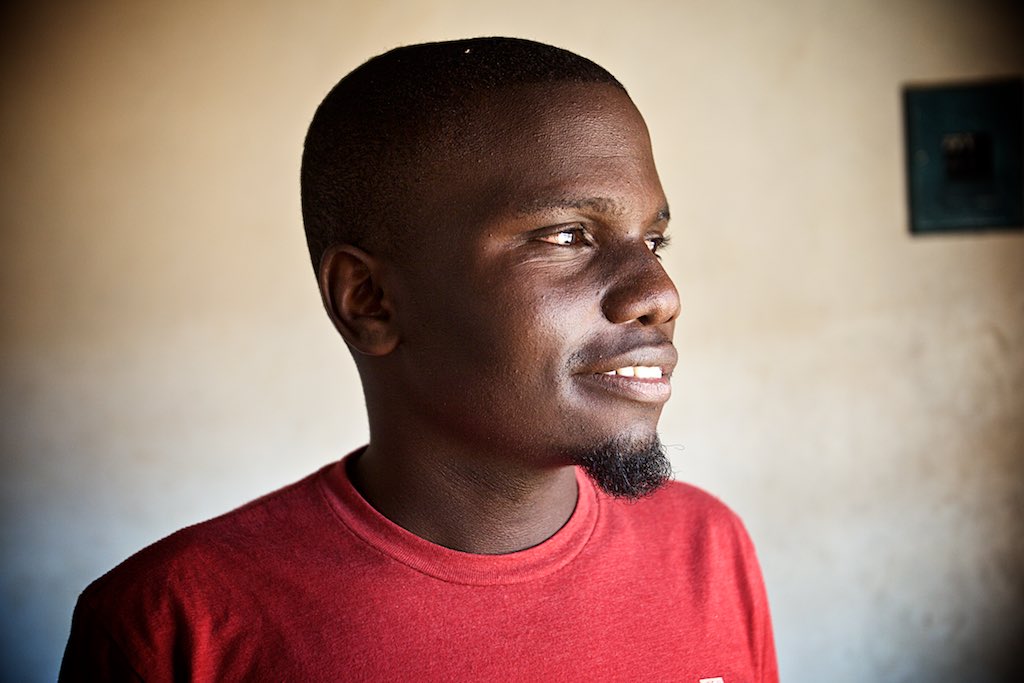 [Side Note – Lubasi is very grateful to my sister Cynthia for being a sponsor to him. As a result of sponsorship, she is a part of his multi generational impact. As an advocate for Compassion International I am frequently asked, “what does Orphan sponsorship mean? What do organizations do with that money? I just smile and tell them stories like Lubasi’s]