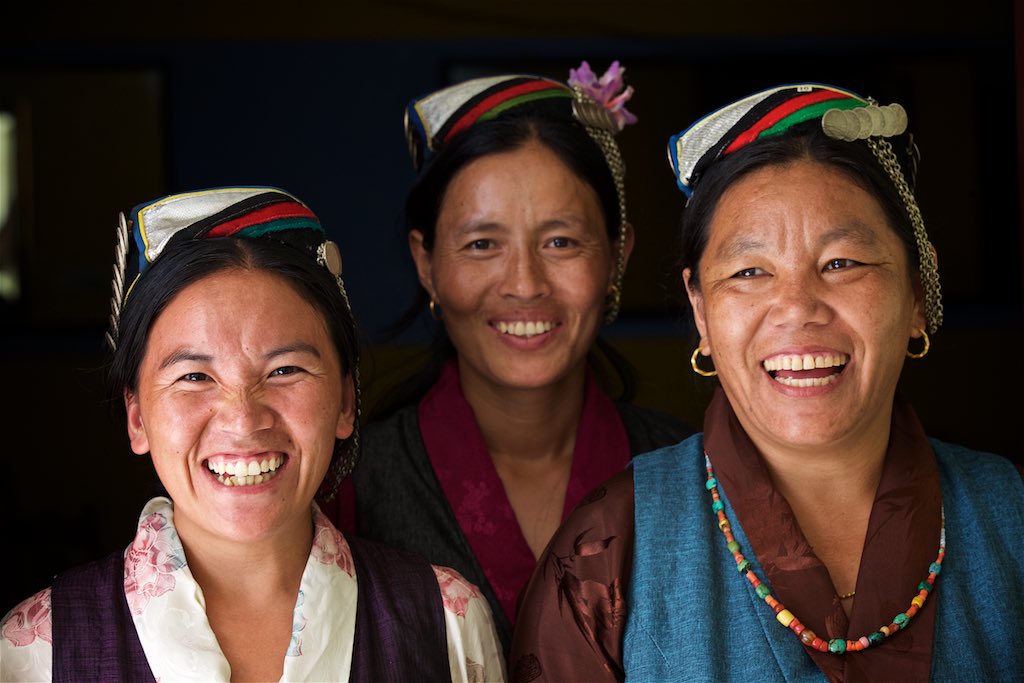 August 31st, 2016
In Nepal – Photographing the Nepalese mountain tribes in the Himalayas, between the borders of China and India.

I have found that some of the best opportunities that come our way are the results of having no plan of our own. It is in those spaces that I look for God to move and often he provides divine appointments.

In between my assignment of photographing the Nepalese mountain tribes in the Himalayas and going to Delhi, India I had four nights in Kathmandu. It was in that space yesterday that I connected with a couple over dinner and found that a ministry they work with was in need of photographs to communicate their message. Blessed Hope Nepal is a ministry to Tibetan women in Nepal and I found their story to be very compelling.

The following was written by Tess Rivers from the Multiply Justice Website
and it tells the story of Blessed Hope Nepal, I invite you to read it below, I trust it will inspire you as it did me.

Lujung Dhopa understands loneliness. Widowed at age 20 after her husband of six years died in a Himalayan snowstorm, the ethnic Tibetan woman had nowhere to turn.

“Everyone left me,” Lujung says. “I was very lonely.”

Lujung, whose last name signifies her people group, married at 16 and had a son by age 17. Because her husband was a member of the Lhomi people group, Lujung moved from her Dhopa village in the Himalayan mountains to her husband’s village after they married.

Many of the small villages scattered throughout the Himalayas are difficult to access, requiring a plane ride, followed by a jeep ride, followed by days and days of mountain trekking. Even a cell phone call is next to impossible, given the mountainous terrain and lack of service.

For Lujung, calling her family back in Dhopa was difficult — visiting them was next to impossible.

Then, the unthinkable happened in February 2012. Lujung’s husband — only 28 at the time — died in a snowstorm trekking in the mountains from one village to another. He left Lujung with a 3-year-old son and no means of support.

As one of the rare followers of Jesus — fewer than 2 percent of ethnic Tibetans identify themselves as Christian — Lujung felt God’s presence through the early days of her grief.

A young believer in her husband’s village befriended Lujung and offered her an opportunity to earn money making bracelets for a micro-business called “Blessed Hope Nepal.”

“The business has helped me,” Lujung says. “It provides me with income. If I can make a lot of bracelets, I can pay my son’s school fees.”

“Blessed Hope Nepal” began as a means of reaching out to ethnic Tibetan women, explains Jewel Deckard,* a Southern Baptist worker in Kathmandu. Deckard started the business with Sonam (Deckard’s translator and the 21-year-old woman who befriended Lujung) and three other ethnic Tibetan women named Lhakpa, Sijok and Injung. Deckard acts as a consultant while the other four women comprise the management team.

Each week, 26 women gather in a small apartment. Believers and nonbelievers, they each bring beaded bracelets they’ve made that week and select beads to use for the next week’s orders.

Sonam and Lhakpa inspect each crocheted bracelet to make sure it meets their standards for size, pattern and color. Although no work is really rejected, women are required to redo bracelets that don’t meet company standards.

“You aren’t supposed to be able to tell where the circle begins and ends,” Deckard tells one young woman. “Sijok will help you take it apart and fix it.”

The Blessed Hope Nepal team fills bracelet orders from a U.S.-based company called Mission Trade, an organization that seeks to support sustainable livelihoods for those in developing countries. Proceeds from Blessed Hope sales within Nepal and to Mission Trade pay the modest salaries of Sonam, Lhakpa and Sijok as well as purchase supplies for the bracelets in local markets.

Though the company has been in existence only since February 2013, the results already exceed Deckard’s expectations. Within three months, Blessed Hope Nepal became self-supporting, providing income for 29 women, including the management team. For many, like Sonam and Lujung, it is the sole source of income for their families.

“It started with a cookie business,” Deckard recalls. “Some of my Lhomi friends had been asking me to help them start a business and I had no clue how to begin.”

Then about three years ago, Deckard began attending a training session sponsored by her organization. She heard the story of a Christian worker who had started a cookie business in another country. The young mother of preschool-aged children, Deckard envisioned the business as a place where women could come together to talk about Jesus and encourage one another in their faith.

Deckard returned to Kathmandu and laid out her plan to her friends, who fully embraced the concept. The cookie business, whose name mean “fast and delicious,” was born.

However, the vision didn’t quite unfold as Deckard expected.

Originally, the group planned to sell cookie mixes in upscale markets in Kathmandu. But the women quickly realized that most Nepali homes don’t have ovens — so potential customers had no way to bake the cookies. The team regrouped, a friend of Deckard’s donated a commercial-sized oven and the company began selling baked cookies, rather than mixes, throughout the city.

They were making money, but Deckard still wasn’t satisfied.

“I saw the business as a place for evangelism and discipleship,” Deckard says. “Instead, it was just four of us and our two student volunteers. The women were making money and learning important skills, but we weren’t reaching other ethnic Tibetan women.”

“I asked God, ‘Why am I working with believers when there are so many women who have not yet heard of Jesus?’” Deckard recalls.

The answer surprised her.

“I felt God say to me, ‘Who are you to decide? Must these women fit your definition of helpless?’”

So Deckard and two volunteers, Eliza Ellis* and Alexis Frei,* continued to work with the women. Slowly, Deckard began to see their friendships deepen.

“One day I was there making cookies and Lhakpa brought out her photo album,” Deckard recalls. “She began flipping through the album, showing me pictures of her family. I realized we had crossed the line from just making small talk to really trusting each other.”

Deckard sees the day as a turning point.

“After that, the theological questions just started flowing,” Deckard says. “They would ask, ‘Is this biblical? Is this something we should believe? Where do you find that in the Bible?’”

While Deckard admits that it took longer than she would have liked to develop the trust, she now realizes that the time spent laid a foundation for the next phase of ministry.

In February 2013, Deckard had a Skype conversation with a friend in the U.S. She had heard of the cookie business and wanted to support Deckard’s work.

“I told her that we didn’t need personal support,” Deckard says, noting that Southern Baptists support her family through international mission offerings and the Cooperative Program. “Instead, I told her I would love to provide ethnic Tibetan women with opportunities to work.”

The friend introduced Deckard to Mission Trade, and a crazy idea grew into a profitable business.

Today, the cookie business continues to sell baked cookies at markets throughout Kathmandu, providing additional income for Sonam, Lhakpa, Sijok and Injung. Blessed Hope Nepal, on the other hand, has grown to fulfill Deckard’s original vision — a place of evangelism and discipleship for women.

Each week when the women gather to hand over their bracelets, Deckard or another believer shares a story from God’s Word. Deckard is seeing relationships form and friendships deepen. Based on her previous experience with her management team, she knows it is only a matter of time before the women begin asking spiritual questions.

She marvels at how God brought it all together.

“Do you ever have one of those moments where you think, ‘How did this happen?’” Deckard asks. “That’s how this feels.”
– Written by Tess Rivers

It was such a pleasure to work with Blessed Hope Nepal today and get to know the women whose lives are impacted by this unique ministry. These photographs help tell the story of our day together.

If you would like to see and perhaps purchase any of there products (as I did) you can do so at https://blessedhopenepal.wordpress.com/about/ 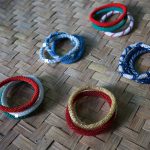 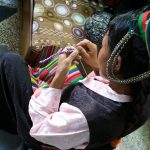 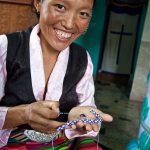 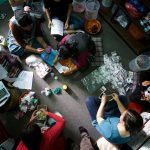 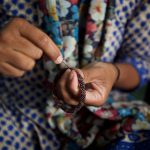 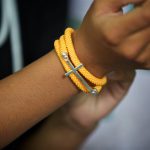 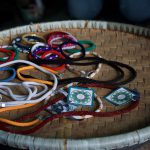 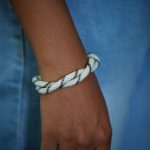 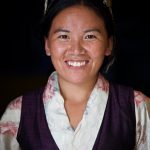 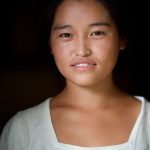 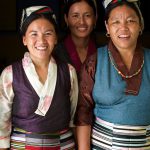 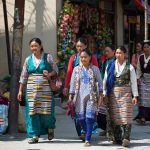 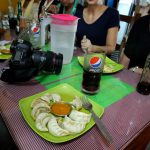 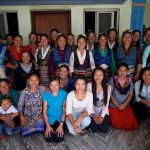