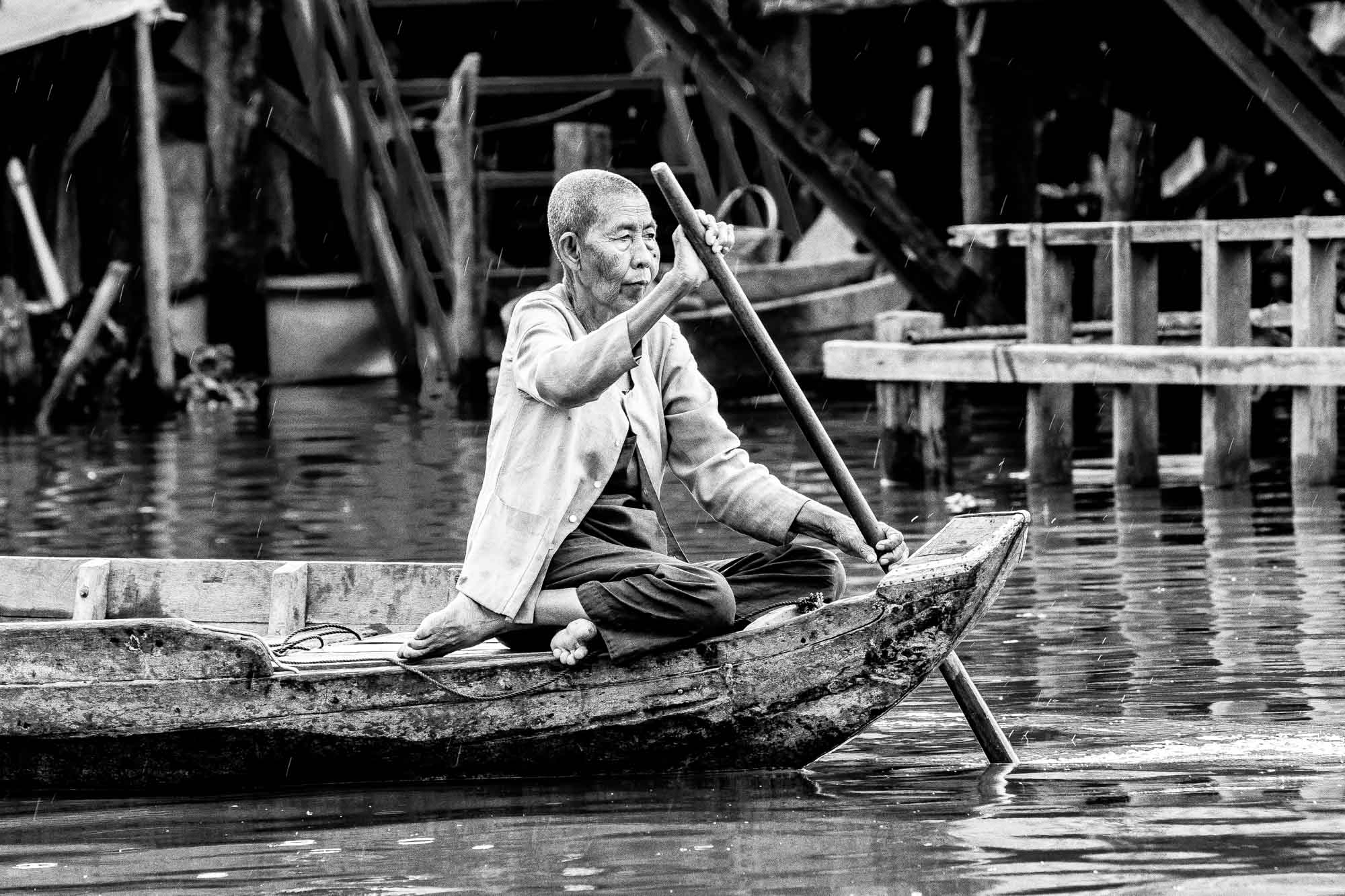 Caught in an unending cycle of poverty the thousands living on Tonle Sap lake are unable to overcome their status of being a people without a country. Children born to those who survive on Tonle Sap are not issued birth certificates. Those who call the floating villages home can not attend public schools, own property, get a factory job, attain a driver’s license or open a bank account.

With more than 170 floating villages on Tonle Sap the majority of the 80,000 inhabitants are considered non-immigrant foreigners. Made of three ethnic groups of Vietnamese, Khmer and Cham they are a people without a country.

Enduring the brutality of the Khmer Rouge regime, Vietnamese living in Cambodia faced execution or deportation to Vietnam. Many were traded for rice and salt and laboured in farm fields in the late 1970’s.

Stripped of all Cambodian identity, property and papers, those who returned to Cambodia in the 1980’s could neither reclaim or buy land. Their solution then and generations later today, is to live in wooden homes floating on bamboo rafts and barrels.

These images tell the story of mine and Carissa’s time on the floating villages of Tonle Sap lake.