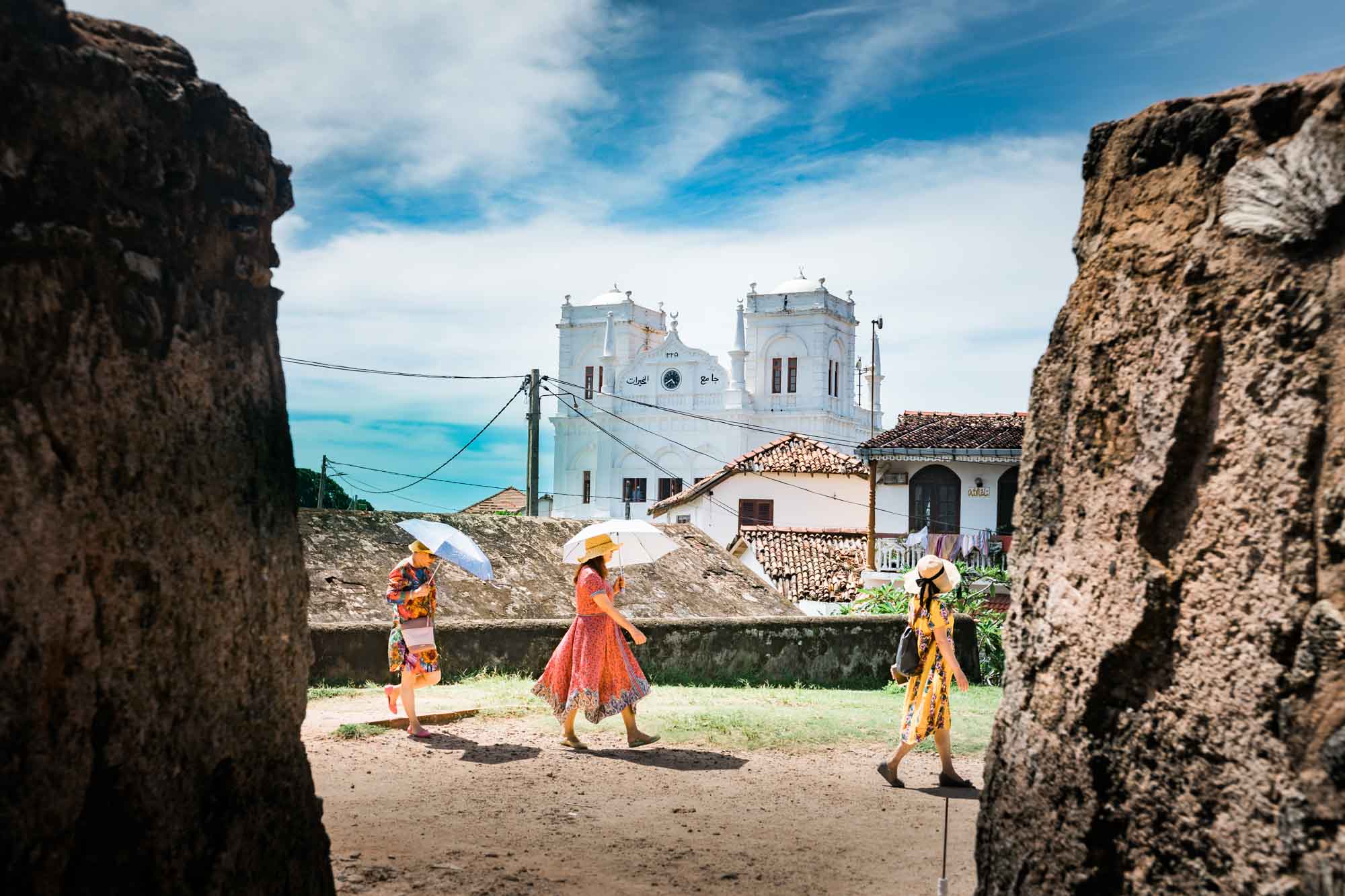 From my time photographing in Sri Lanka – Capturing Grace around the world on a 34 day, 8 country 3 continent trip.

The ancient seaport of Galle

Many thanks to my very kind hosts for showing me around the city of Galle in Sri Lanka. Thank you for the wonderful time in this city that dates back to King Soloman.

For history buffs –
According to James Emerson Tennent, Galle was the ancient seaport of Tarshish, from which King Solomon drew ivory, peacocks and other valuables. Cinnamon was exported from Sri Lanka as early as 1400 BC, and as the root of the word itself is Hebrew, Galle may have been a main entrepot for the spice.

The modern history of Galle starts in 1502, when a small fleet of Portuguese ships, under the command of Lourenço de Almeida, on their way to the Maldives, were blown off course by a storm. Realising that the king resided in Kotte close to Colombo, Lourenço proceeded there after a brief stop in Galle.

In 1640, the Portuguese were forced to surrender to the Dutch East India Company. The Dutch built the present fort in 1663. They built a fortified solid granite wall and three bastions, known as “Sun”, “Moon” and “Star”.

After the British took over the country from the Dutch in 1796, the British preserved the fort unchanged and used it as the administrative centre of the district..

Mine and Christina’s snake experiences

Ever since my daughter Christina experienced a snake charmer while in India I have waited for my chance… This charmer would not let me put the Cobra around my neck (like Christina did) but the Python provided ample adrenaline. I do think Christina was much more graceful with her experience than I ❤️.

Pythons like this are common in Sri Lanka and India and can grow up to 20’ in length. They kill their prey (occasionally humans) by squeezing them to death and then swallowing them. Fortunately mine was just a baby at 6’ or so.

Both of these snakes are common in Sri Lanka and my hosts shared stories from their experiences.

My time with Pavani

Rather than shock you with stories of the pain and loss that these Sri Lankan children have endured, I invite you into a garden where I photographed today, a place of healing and hope.

Situated just off the southern coast of India, the Bay of Bengal to the east and the Arabian Sea to the west, this children’s home sparkles like the pristine sandy beaches that lie nearby. For two days, in between my time in Thailand and my destination of Israel, It was an honor to meet and photograph these precious, soft spoken children.

What a miracle to be surrounded by flowers that have bloomed from the dirt of a broken earth.

The first photo below contains a moment that I will always treasure. Precious little Pavani does not speak English but she can write in her native language of Sinhala (and English) and she wanted you to know her name.

In researching her name this is what I found – Literal Meaning: ”From the Wind” A uncommon and unique Indian name specifically given to girls who are sweethearts.

I would say that this sums her up very well. ❤️

My time here in Sri Lanka has been so memorable and my heart is still processing the experience’s.

In tomorrows post I will be introducing you to my next destination, Israel.